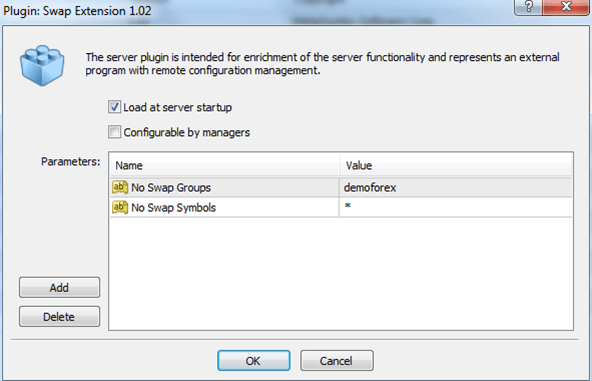 It allows daily swaps to be written as a cash movement. For example; 1$ swap is represented as 1$ cash movement at the end of the day and the swap column remains empty. Because in case that it is filled, it will be quoted 2 times.

It takes the swap rate which is defined on the symbol. You must enter the groups that will be effected by the plug-in on the “No Swap Groups” field and symbols on the “No Swap Symbols” in plug-in settings.